Since the recent article published on Flexonline.com regarding coffee and caffeine is getting a lot of attention I figured I would write an article going over the topic in order to clear some things up.

Should you avoid drinking coffee if your goal is muscle building?

If you have not read the article here is the link http://www.flexonline.com/nutrition/say-no-coffee . Basically what the article is saying is caffeine has a lot of great benefits but coffee should be avoided. The reasoning is based on a study published out of Greece that showed a greater increase in cortisol when subjects drank coffee as opposed to water in the morning. Since caffeine is noted to increase cortisol it is a no brainer subjects drinking coffee as opposed to water would have higher cortisol levels. The idea of taking a caffeine supplement being alright but consuming coffee that has numerous antioxidants is confusing to me but that’s beside the point. The real question is does elevated cortisol from caffeine make a difference?

Cortisol is a stress hormone that can have negative catabolic effects on muscle. However, in order for cortisol to really cause issues on muscle mass/growth a few things need to happen. One, cortisol needs to be elevated for an extended period of time. Short term elevations in cortisol do not have negative effects on muscle building. In fact, hard training sessions that are needed to grow muscle also cause raises in cortisol. Secondly, cortisol raises need to be high enough over a prolonged period of time to make a difference. In my opinion any elevation in cortisol due to coffee intake will not be significant enough to limit muscle building efforts. So should you stop drinking coffee if you are interested in muscle building? In my opinion no, you can still drink your coffee! 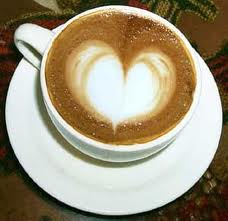 I love coffee! Coffee is good!

Caffeine is a stimulant that has numerous performance and physique enhancing properties.

There are a lot of good qualities in coffee and caffeine. I know I am not going to let a study talking about cortisol levels keep me away from my morning cup of java!

“One Dream, One Reality”